After the tiring drive in Baluchistan, we spend 4 short but intense days with my family near Islamabad, and with our batteries recharged we head north to Hunza. It is still very hot in this unusual October, and after a week of diarrhea and sickness, we gather our energies to organize a trek in these magnificent mountains. It’s been Luca’s dream for some time,and a good practice ground for our future trek in Nepal next spring. We meet our old friend Bashir and visit his small mine, an inspiring place for the children and intriguing new terrain for the study of things never before considered. After a week of convalescing in the grand field behind the prices residence in Karimabad, we finally head for the snowy peaks. It’s a kind of pilgrimage for us. We revisit the road that collapsed beneath the wheels of our truck 4 years ago. The road is even narrower and just as unsafe, but we pass with ease aboard a small jeep, stopping just for an instance to let the leap in time and spca make its full impact on us. It feels good, I’m ready to create new and different memories for this special place. The first night we battle with thin mattresses anticipating the view over the Passu glacier the next day. Giulio wears his rucksack with pride and races ahead with the three porters we hired to help with carrying food and other provisions. I know secretly he wants to be first and spot a small speck overtaking larger ones in the distance. The porters and Bashir our guide will sleep in the small shepherds huts along the way. As i sleep a tossing kind of sleep, wishing for fatter hips to rest on, i marvel at how delicate i am compared to our new friends snoring soundly just a few meters away. The crossing of the glacier is a truly exhilarating experience.The noise of falling crashing rocks, the shifting ice formations, and cool breath of the glacier make up a fantastic landscape that is hard to navigate. We use no ropes, but Farman, Reza and Habib chip ice steps with ice-hacks and offer steady hands to cross the most critical points. I treat Phaedra with vaseline shoes, but after three hours her puppy feet crack and she is happy to see dry land. To the children’s delight, during the cold night, the tent caves in . It’s snowing and by the morning our summer tent is a strange kind of sprawling igloo. We brush off the ice and wait for the sun with a hot chai’ We have a 5 hour vertical climb to the top of this mountain, one of many in the centre of an amphitheater of towering 7000 to 8000m peaks. The view is obscured in places by new clouds, but i feel privileged to be here, proud of my children and the grueling climb. In the small hut at 4,700m we meet 2 local men and discover to our amazement that one was the owner of the winch that pulled our truck up from our unfortunate fall 4 years ago. Their families were all involved in the rescue operation, and we soon have 2 new friends Murad and Khalid . The last day completes the adventure with a truly awe inspiring scramble up an unsteady slippy slate peak, and a grueling vertical three hour descent on the other side. We feel like true heroes when we reach the hut. It’s time to leave Hunza and move south again. I say farewell to Ramla my new and extraordinary friend with her daughter Sofia, future homeschooler, courageously swimming against the tide in more ways than one. She presents me with a beautiful serpentine bracelet, telling me of its curative properties, I accept the gift with gratitude knowing it will be fixed on my arm for the following years, a nice way to stay connected. Our 3 weeks in the family speeds by in a lazy rush, i enjoy my daily chats with my uncle Shadi, reminiscing of times past, the children play chess, color their hair and learn the many ways of making ‘Parantha’ with sweet Abida. A home away from home that feels good after 7 months of travel. Luca is busy with endless visits to the Indian embassy. Relations between the 2 countries is at an all time low. Embassy staff changes and after a good amount of suspense we receive the much needed visa to carry on our travels. After a last visit to our truck decorators for a new look,we are ready to leave.Pakistan Zindabad! Goodbye. 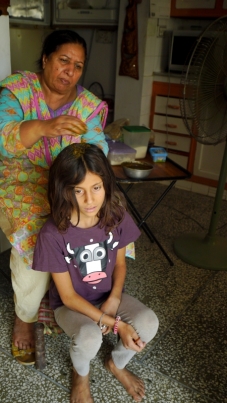 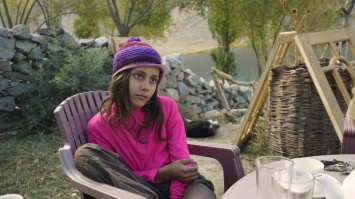 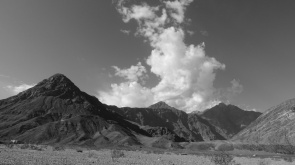 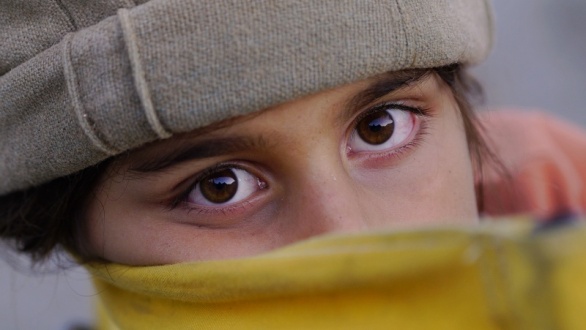